RVS was founded in 1957. The four-day event brings together in Monaco nearly 3,000 insurance, reinsurance, brokerage and risk management professionals from 80 countries.

As the largest gathering of the profession, it gives participants an opportunity to debate key issues and discuss changes in the market. It also marks the beginning of annual negotiations to renew reinsurance contracts. Finally, it helps to forge high-level contacts which often result in the conclusion of strategic agreements.

Les Rendez-Vous de Septembre (RVS) was established at the initiative of André Roux, the Chairman of Assurances Générales Accidents, and several other industry figures in response to the need for those involved in the reinsurance market to network and take stock of the state of the market at this time of the year. Many reinsurance contracts are automatically renewed on 31 December.

Les Rendez-Vous de Septembre has enjoyed growing success. At the beginning, around 500 professionals from 27 countries came to Monte-Carlo. Today, almost 3,000 people from 80 countries take part in the event, with the UK, France, the US, Switzerland and Germany currently the leading nations in terms of representation. 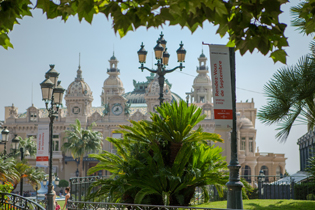 Monte-Carlo was selected as the location for Les Rendez-Vous de Septembre and has continued to host the event since it was first established.

There are several reasons behind this decision. Firstly, Monte-Carlo is a neutral location which was not, until recent years, home to any insurance company.

Secondly, the Principality of Monaco has substantial and high-quality hotel capacity for visitors within a small area, which means that it is possible to reach the various meeting places on foot. Monte-Carlo is close to Nice International Airport, which offers links to the major capitals.

Finally, the Principality is undoubtedly one of the safest places on the planet.

It is managed jointly by the RVS General Secretariat and Monaco’s Tourist and Convention Authority, which are responsible throughout the year for registering participants, booking hotels and making the practical arrangements for the conferences.